Why We Established Foundation PEO Solutions

We know that your business success depends on finding the right team to support you as you drive revenue. You have spent a lot of time finding the right lawyer, the right insurance agent, the right accountant, so it is important that you find the right PEO. But with over 900 PEO’s how do you do that and do that with confidence?

Rob has always had a passion for building his own business and after AlphaStaff was sold in 2008, Rob decided the time was right. Rob started with AlphaStaff in 1999, and with his knowledge of how the internal workings of a PEO operated and as AlphaStaff’s top sales person, Rob felt that a critical piece was missing in the PEO industry. The time and effort needed by a company to search the market and look at multiple PEOs was just too daunting. Rob realized that if he created a brokerage firm and created a “one stop shop” where a company could get multiple quotes, he would have a great service model for agents and clients.

Since then, Rob has work on thousands of deals and has contracts with over 70 PEOs, and relationships with over 40 Insurance agencies and more than 500 insurance agents. He has been a paid advisor to private equity companies that are considering buying or building a PEO.

Rob is married with 4 children. He loves to ride his bicycle, workout and enjoys cooking. 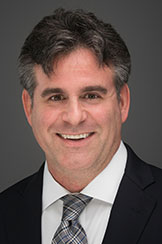 Tom’s involvement in the PEO industry started in 1997 when he joined Bob Beck and a small group of investors who provided the start-up capital for a new PEO, AlphaStaff, which opened its doors in early 1998. Tom was attracted to the investment based upon what was a novel idea at the time, selling PEO services through insurance agents. From 1998 until 2008, when AlphaStaff was sold, Tom provided valuable advice on sales and marketing to the company. When AlphaStaff was sold, it was the 5th largest PEO in the industry. Tom is currently our Executive Vice President of Sales and has actively worked on hundreds of deals since he joined Foundation PEO Solutions in 2013.

Tom is a combat veteran of the First Gulf War where he led over 190 Marines in Saudi Arabia and in Kuwait. He proudly served as a Marine Corps artillery officer for over nine years. While at Pfizer, Tom was responsible for yearly sales of over $650 million with a sales team of 170 people. As a General Manager with P&L responsibility at GE, Tom created two national sales and marketing teams for new products being brought to the market. Tom worked in the Medical Diagnostics division of GE and was responsible for sales of contrast media and radiopharmaceuticals. Tom is a graduate of Vanderbilt University and has an MBA and a master’s degree in Personnel Management.

Tom has been married to his wife, Teresa for over 35 years and has two daughters, Tricia and Ann. Tom enjoys tennis, golf, working out and reading. 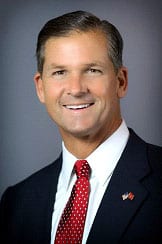 Learn More
Robert A. Beck II, Chairman of the Board

In 1998, Bob brought his extensive insurance industry knowledge to the PEO industry and created AlphaStaff, with a novel PEO concept. Bob built AlphaStaff around the idea of partnering with insurance agents which spurred 60% growth year over year until AlphaStaff was sold to a private equity group in 2008. This growth was accomplished without mergers or acquisitions and, when sold, AlphaStaff was the 5th largest PEO in the country. At that time, they had $189 million in net revenues, 774 clients and 42,630 worksite employees.

Bob, proudly served on the boards of the Florida Association of PEOs (FAPEO) and the Employer’s Service Assurance Corporation (ESAC) and was a true trail blazer in growing the PEO industry to help businesses manage their back office needs.

Chairman of the Board 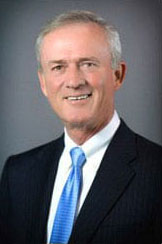 That’s where we come in. Foundation PEO Solutions has been working with over 70 PEOs for years and we know their capabilities. We know what they can, and cannot do. After we find out what you need to help your company, we can make sure that we only engage the right PEOs, and get you multiple quotes ONLY from PEOs that align with your needs.

Building your core team of advisors is a critical decision for your business. It lays the groundwork for your long-term success. We believe this foundation is so important, that we made it part of our business name. The stronger the team, the greater chance of success for the business!!

Here are some NAPEO (National Association of PEOs) statistics that support adding a PEO to your business team: